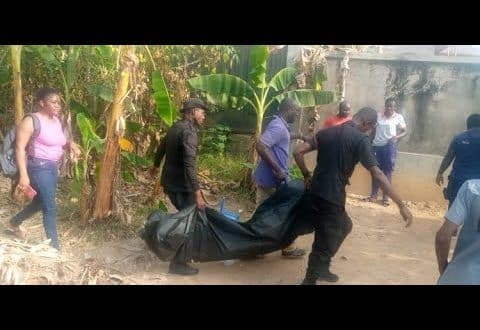 A 67-year-old woman was found hanged in an unfinished building of her own home in Nkusukum, in the central region of Ghana, local media reported.

Speaking in an interview, a daughter of the deceased, said she woke up early in the morning going for jogging and her mother was nowhere to be found, but she thought her mother had gone out to visit a neighbour.

Upon searching, she was found hanged with a sponge sitting half naked, leaving residents to suspect that she was killed.

The incident caused panic among residents who hence called on the police to beef up security in the area.

Police have conveyed the body to the Cape Coast Teaching Hospital Mortuary for autopsy and preservation.