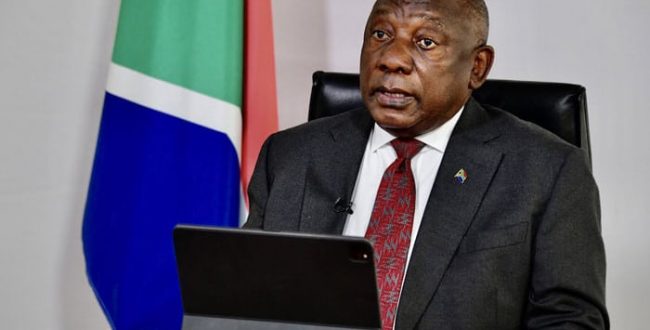 Leaders of the African National Congress (ANC) party in South Africa are meeting on Monday to decide on the future of President Cyril Ramaphosa involved in a scandal that could cost him his function.

A parliamentary report has accused Mr Ramaphosa of misconduct and potentially violating the oath of office.

Accused of covering up a $4 million theft from his farm in 2020, including kidnapping and bribing the burglars to keep quiet, the president has denied wrongdoing.

Speaking on Sunday, he said his fate was in his party’s hands.

The scandal has cast doubt on whether he can stand again for the ANC party presidency at a conference later this month.