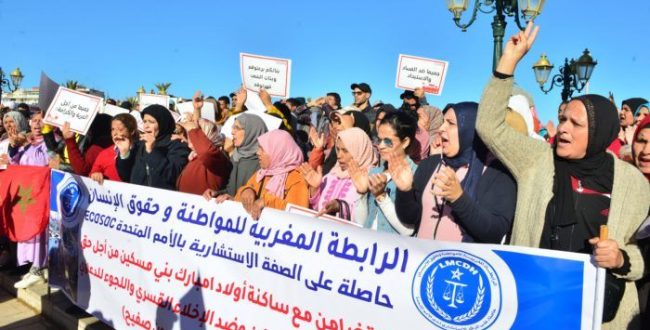 Morocco: large demonstration against cost of living and political repression

Between 1,200 and 3,000 Moroccans demonstrated in Rabat on Sunday against “high cost of living and political repression”, at the call of left-wing organizations, against a backdrop of accelerating inflation and rising social discontent.

This national march, one of the largest in recent months, brought together between 1,200 and 1,500 people in the center of the capital, according to an estimate by the General Directorate of National Security (DGSN). Journalists present estimated the crowd at around 3,000 protesters.

The demonstration was organized by the Moroccan Social Front (FSM), which brings together political parties and left-wing trade unions.

“We came to protest against a government that embodies the marriage of money and power and that supports monopoly capitalism,” said WSF national coordinator Younès Ferachine.