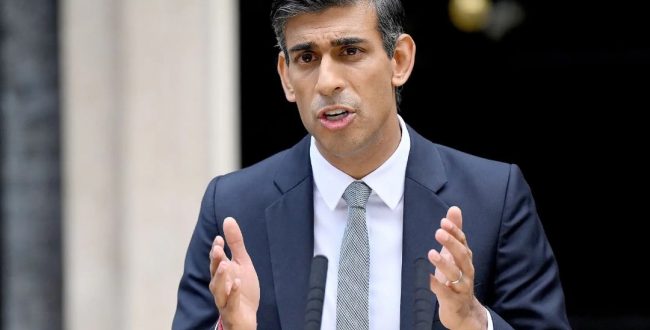 British Prime Minister Rishi Sunak will say on Monday that the United Kingdom must defend more strongly its values of freedom and openness, in particular vis-à-vis China and Russia, in his first major foreign policy speech.

“Our adversaries and our competitors have a long-term strategy. In the face of these challenges, short-termism and pious wishes will not be enough”, must declare Rishi Sunak, according to extracts broadcast by Downing Street before the speech that he must speak Monday at Guidhall, the palace of the City of London, in front of an audience of diplomats and representatives of the business world.

“It means being stronger to defend our values and the openness on which our prosperity is based,” he added. It also means “standing up to our competitors, not with great rhetoric but with robust pragmatism”, he must add.