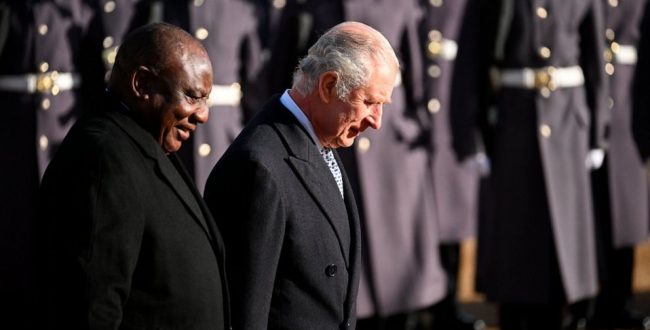 Britain and South Africa on Wednesday announced a new health and science partnership to mark the second day of President Cyril Ramaphosa’s state visit to London.

On Wednesday, Britain announced a new set of research collaborations as Ramaphosa toured the Crick Institute, the biggest biomedical research facility in Europe, and Kew Gardens, with Charles’ brother Edward.

According to the British foreign minister James Cleverly, the partnerships, on areas such as vaccine manufacturing, genome sequencing and climate change, will “benefit us all”.

“The UK and South Africa have shown global leadership in joining together to protect people by preventing the spread of dangerous diseases, and by working to halt climate change,” he said.

President Ramaphosa had highlighted the role that industrialized nations had to play in helping other countries and welcomed Britain’s involvement in initiatives helping South Africa to decarbonize.