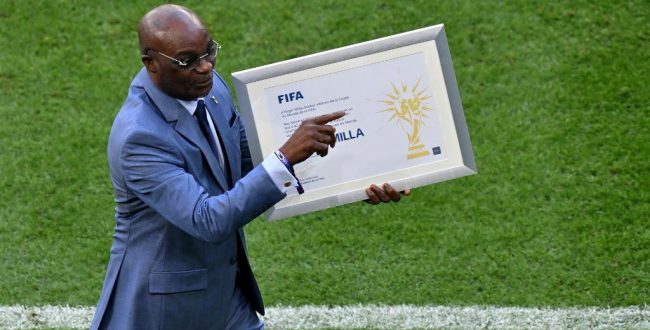 African and Cameroonian football legend, Roger Milla, was honored this Thursday, November 24, 2022 on the sidelines of the meeting between Cameroon and Switzerland by FIFA.

Roger Milla had scored this goal at the 1994 World Cup against Russia when he was exactly 42 years and 39 days.

This Thursday before the match Cameroon-Switzerland, FIFA’s President, Gianni Infantino, accompanied by CAF President, Patrice Motsepe awarded a certificate of honor to the former striker of the Indomitable Lions.