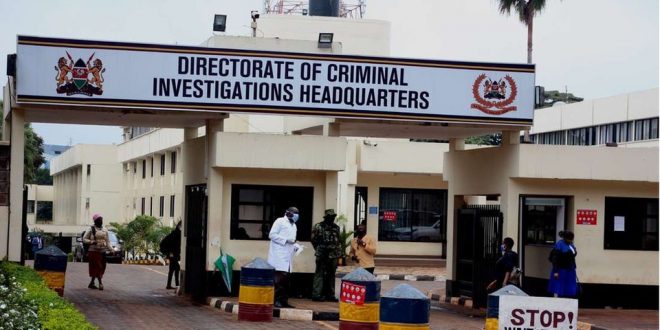 According to the Kenyan Directorate of Criminal Investigations (DCI), the man who was making merry with his kinsmen imbibing fermented frothy waters at Jumbo club, had excused himself to go for a call of nature when the suspect struck.

Unbeknownst to him, the man only identified as Silas lay in wait under the cover of darkness for his victim. As the man staggered back to the local, he was accosted by the suspect who instead led him to his house approximately 200 metres away.

“The suspect then went against the order of nature and sodomized the helpless 33-year-old victim until late yesterday afternoon,” the DCI wrote on Twitter.

“The victim was rescued and rushed to Longisa county & referral Hospital for treatment and the relevant tests conducted, as a manhunt for the suspect who fled from his home was immediately launched,” it added.