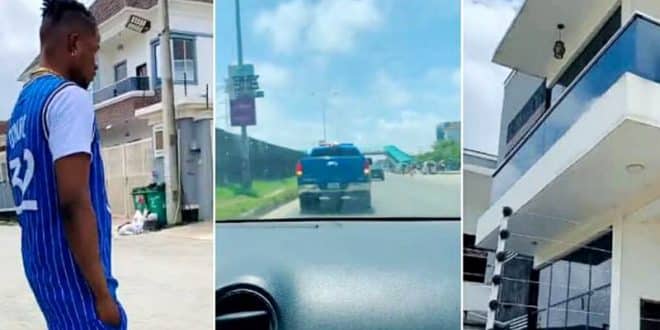 “I have two years to live “, a young scammer saddens the web

Elise ATAYI 3 weeks ago Africa, In the news, Society Leave a comment

A very famous TikToker, recognized as a cybercriminal, named Guccilord26, announced in a video that he has two years left to live.

It is a publication that is melting the web.

“Every time I remember that I will die young, I feel so sad. Two years left,” he said in a video.

In the said video widely shared by Internet users, Guccilord26 appeared with expensive jewelry on his neck and wrist.

Touched by his story, Internet users are divided between compassion and rage.

If some remain sensitive to the fate of the young scammer, others on the other hand believe that he only reaps what he has sown.

“I have no words of encouragement for you, just accept the fact that in this life you come and go, courage my brother. We are not rushing,” among other comments, it reads.

“Did someone send you there?,” asked one Internet user.

Like him, another asked him to give his life to God to hope for a miracle.

“Give the remaining 2 years to God and he can turn it into an eternal duration, there is nothing too difficult for God to do, receive peace in the mighty name of Jesus,” he offered.