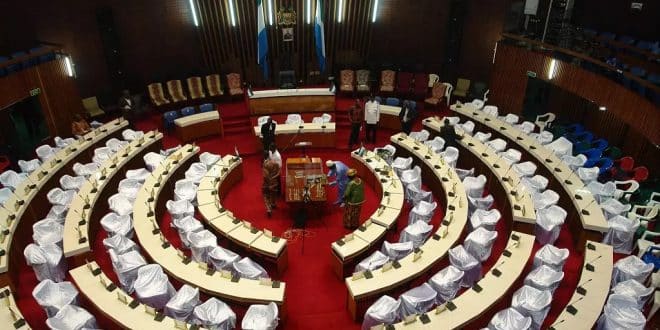 Sierra Leone: bill to make women a third of MPs

Sierra Leone lawmakers have unanimously approved legislation that will ensure that one in three members, and one third of all local councillors, are women.

The bill will now go to President Julius Bio to be signed into law.

Despite it being a key promise in his 2018 election campaign, it took three years for cabinet to approve the draft.

An earlier version was withdrawn over a technicality.

Currently only 19 of Sierra Leone’s 146 members of parliament are women.