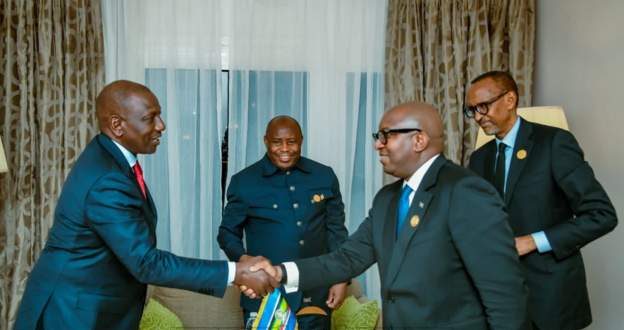 President Evariste Ndayishimiye of Burundi and chairperson of the East African Community (EAC) gathered regional leaders in Egypt on Monday night to discuss the rising insecurity in eastern Democratic Republic of Congo, the BBC reported.

Presidents Samia Suluhu of Tanzania, Paul Kagame of Rwanda, William Ruto of Kenya and DR Congo Prime Minister Sama Lukonde attended the meeting on the side-lines of the COP27 summit.

The resolutions of the meeting are yet to be announced.

Kinshasa accuses Kigali of supporting the M23 rebels, which Rwanda has constantly denied.

Burundi, Uganda, and Kenya have sent army contingents in eastern DR Congo to combat armed groups that have kept the region volatile for nearly three decades.