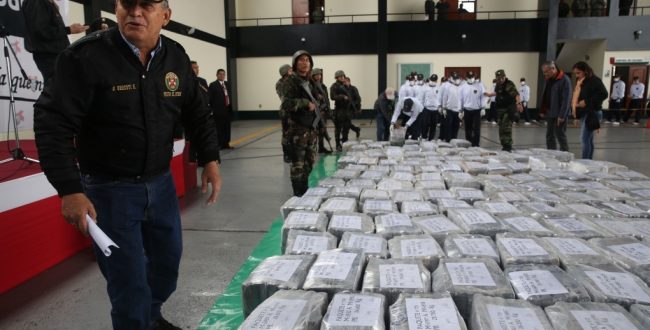 Quantities of cocaine discovered during Halloween

Anti-drug policemen disguised themselves in superheroes during Halloween and succeeded in dismantling a network of traffickers in Lima, Peru.

Four Peruvian policemen, members of a special unit of fight against the drug trafficking took advantage of the period of Halloween to lead a special operation of dismantling of the networks of drug traffickers.

They dressed up as Spiderman, Captain America, Thor and Catwoman in search of drug dealers in the capital of Peru.

Concretely, the brigade pretended to promote the party of October 31, 2022, but in reality sought to infiltrate in a house of dealers. It succeeded in putting the hand on three men and a woman after having broken down the door to penetrate in the house.

These 4 policemen discovered quantities of cocaine, marijuana in the house.