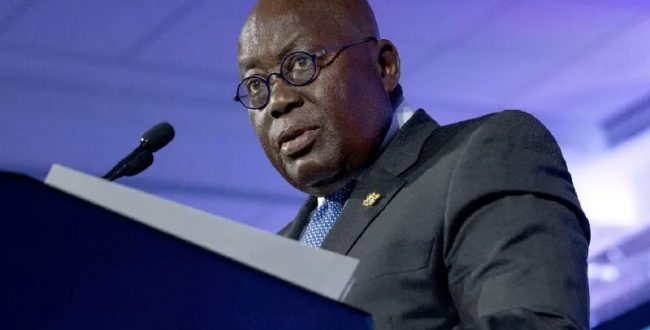 Ghanaian President Nana Akufo-Addo, in a televised address on Sunday, said his country is going through its worst economic crisis.

“We are in crisis. I do not exaggerate when I say so. I cannot find an example in history when so many malevolent forces have come together at the same time,” the president said.

The Ghana cedi has depreciated by over 50% this year and is listed as the world’s worst-performing currency against the US dollar.

Mr Akufo-Addo blamed speculation and illegal forex traders for the depreciation, adding that the central bank would clamp down on perpetrators.

Fuel prices have been rising in the country and inflation has risen to a record 37.2%.

The president assured investors in government treasury bills and other financial instruments that they would not lose their money because of the deal – amid concerns that a possible debt-restructuring agreement could affect the investors.