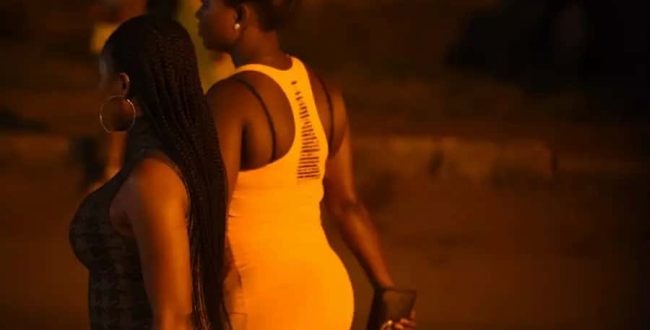 A former sex worker has revealed in an interview on Ghetto Life Story her reasons for getting out of prostitution.

The 34-year-old woman said a client picked her up to sleep over at his house, but later found herself at the cemetery on the client’s grave at Awudome cemetery in Ghana.

She explained that the client ushered her into his room and left the room, but she slept off before he returned and the next day, she felt a tap on her shoulder and woke up to find her client’s photo plastered on the grave she lay on.

“It happened three years ago. Thankfully, we didn’t have sex, but I still fell ill for days. I almost died. So I decided to quit prostitution after that incident as I had lost some of my friends in the same line of business,” she recounted.

She stated that she decided to advise herself after the incidents.