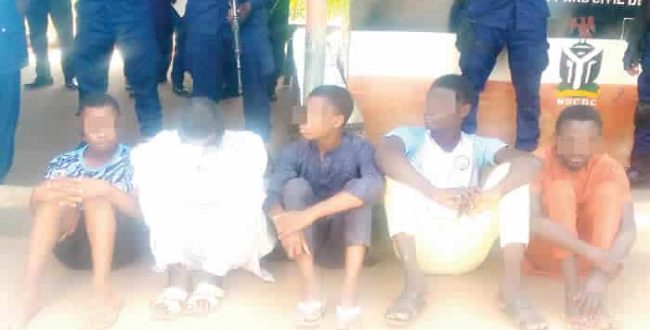 The suspects include the young boy’s uncle and other four men. They sodomized the boy until his vital area was damaged, local media reported.

The boy said his uncle was the first to rape him and then invited four other men who did the same to him.

The suspects were arrested when relatives of the victim raised the alarm and reported to the police.

The Commandant of the Sokoto State command of the NSCDC, Mohammed Saleh-Dada, said the suspects had been remanded in prison after a court session.