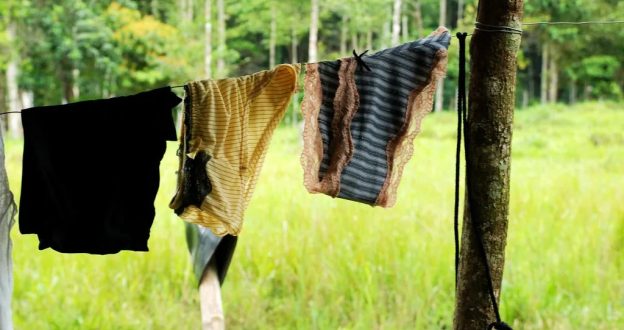 After a 12-year relationship with Victoria ended, John Odoom, 52, has confirmed he put a spell on her on suspicion of cheating.

Victoria says she has not been attractive to any other man, because of her ex-fiancé who has used her panties for “juju” which has led to her inability to have affairs with other men, aside him.

“I took Victoria’s panties to juju in order to prevent her from seeing any man except me, because with 12 years of our relationship Victoria has been cheating on me on countless occasions, that is why I didn’t marry her when I lost my first wife,” Odoom confessed.

Victoria also could not deny the allegations of her cheating on him.

With the assistance of a traditionalist, the alleged curses and enchantment have been reversed after the two went through spiritual purification at the shrine.