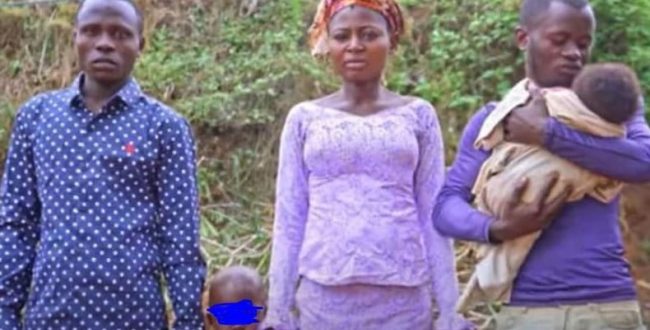 A young woman married to two men is now uncomfortable meeting them in the bedroom at the same time as she wishes the two men had their separate places of residence where she could visit them separately.

Jisele explained that her first husband left her for years without any news. She has to fall in love with another and when her first husband returned after years, there was no option but to agree to remain trio.

The young woman said they have lived in peace together with their children.

“We eat at the same table, sleep in the same bedroom and on the same bed. I love them both. We live at peace at home,” she said in an interview with Afrimax English.

Although polyandry is frowned upon in Africa, Jisele and her two husbands say they enjoy it out of necessity.

The two men say one person has to leave for the other to get intimate with Jisele when the need arises.