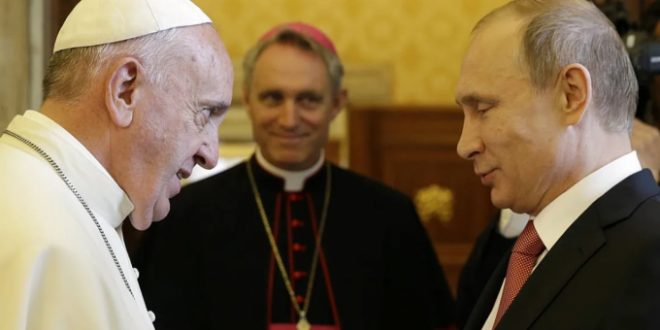 The head of the Catholic Church, Pope Francis “begged” Russian President Vladimir Putin on Sunday to “stop” the “spiral of violence” in Ukraine, while deeply deploring annexations “contrary to international law”.

Before his Angelus prayer in St. Peter’s Square, the Pope addressed the Russian President, begging him to “stop, also out of love for his people, this spiral of violence and death”.

This is the first time that the pope directly designated Putin during a speech since the start of the conflict on February 24.

Vladimir Putin on Friday proclaimed the annexation of four Ukrainian regions, a decision that drew strong condemnation from the international community.

The sovereign pontiff also launched “an equally confident appeal to the President of Ukraine (Volodymyr Zelensky) to be open to serious proposals for peace”.