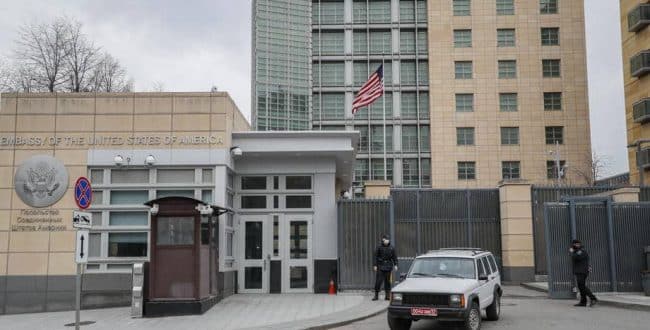 US nationals urged to leave Russia as soon as possible

US Embassy in Moscow urged all its nationals to leave Russia immediately as long as opportunities for commercial travel remain limited, deploring the filling of flights and the closing of borders by Russian troops.

“All Americans in Russia should leave immediately to avoid being drafted into the military” the embassy said in a statement.

“Russia may refuse to recognize dual nationals as U.S. citizens, deny them access to U.S. consular assistance, prevent their departure from Russia, and enlist dual nationals for military service,” it added.

The U.S. fears that weapons delivered to Ukraine could be turned against its own citizens. The war in Ukraine is beginning to strain relations between Washington and Moscow.