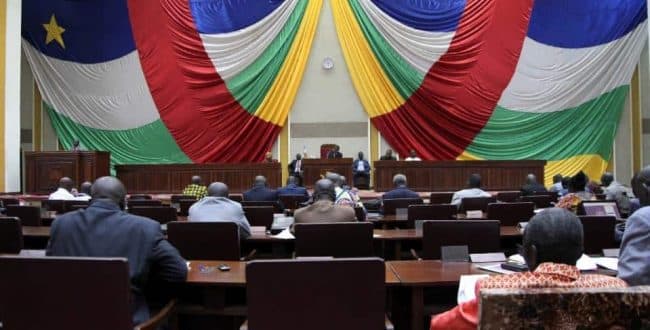 Elise ATAYI 4 days ago central Africa, In the news, Politics Leave a comment

The Constitutional Court of the Central African Republic on Friday rejected the drafting of a new constitution wanted by President Faustin Archange Touadéra.

The court’s decision follows a referral from the opposition, which feared that a fundamental law would allow President Touadéra to run for a third term.

“This is a resounding victory for all democrats, wherever they may be,” said Crépin Mboli-Goumba, the main petitioner.

“The revision of the Constitution can only be carried out after the establishment of the Senate,” the court said.

“Even if the initiative for a referendum is a constitutional prerogative of the Head of State, it cannot be done in violation of the fundamental law of the Central African Republic,” it added.

Elected in 2016 and re-elected in 2020, Faustin Archange Touadéra set up a committee at the end of August to draft a new constitution. This caused an outcry from the opposition and civil society who suspect the head of state of wanting to extend his mandate beyond his two constitutional terms.