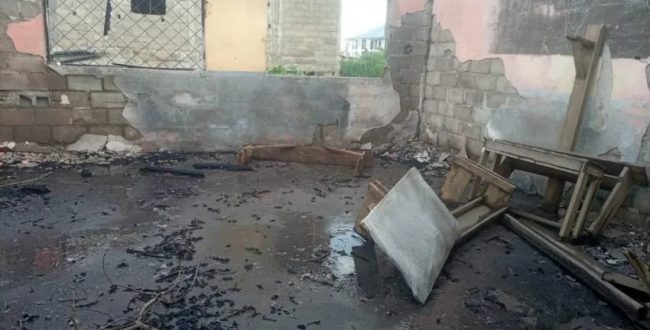 Attackers burn down a church then kidnap in Cameroon

Cameroon National Episcopal Conference (CENC) expressed concern after an attack on a church in the English-speaking South West region near the town of Mamfe on Friday, September 16.

At least nine people, including a Nigerian nun, were abducted in an attack by nearly 50 unidentified gunmen, said Reverend Humphrey Tatah Mbuy, spokesman for the Episcopal Conference.

“They kidnapped nine people and then set the place on fire before leaving. The church burned down completely,” he said.

The attackers did not claim to belong to an English-speaking separatist group, but are demanding money for their release.