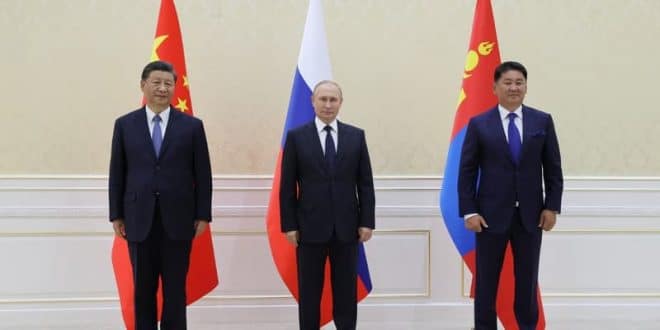 Xi Jinping and Putin meet to better oppose the West

Chinese president Xi Jinping and his Russian counterpart, Vladimir Putin, met on Thursday in Uzbekistan as part of a regional summit.

This is the Chinese leader’s first trip abroad since the start of the pandemic, and the first meeting between the two presidents since Russia invaded Ukraine.

During the interview, the Russian president denounced Western attempts to “create a unipolar world”.

“We very much appreciate the balanced position of our Chinese friends regarding the Ukrainian crisis,” he added.

Vladimir Putin also renewed Moscow’s support for Beijing over Taiwan, where visits by US officials in recent weeks have drawn the ire of China.

“We condemn the provocation by the United States,” he said, stressing that Moscow adheres to the “one China principle,” which wants Taiwan to be an integral part of Chinese territory.

Xi Jinping meanwhile assured his Russian counterpart that China wanted to assume its role as a “great power” with Russia and “inject stability and positive energy into a world plagued by chaos”.