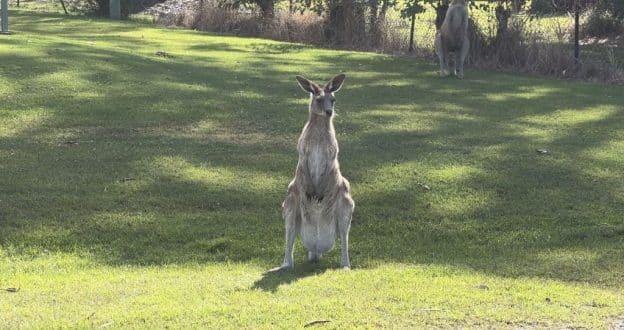 Jonathan Carreidas 2 weeks ago Asia, Europe, In the news, Society Leave a comment

A wild kangaroo is suspected of having killed a 77-year-old man who kept it as a pet, Australian police said on Tuesday.

This would be the marsupial’s first fatal attack in 86 years.

The man, who has not been identified, was found on a late Sunday afternoon with “serious injuries,” the police said.

“The man is believed to have been attacked by the kangaroo earlier today,” a state police spokesperson said.

Police said they had to shoot the animal down as it “poses permanent threat to the rescue services”.

According to Australian media, the last reported fatal attack by a kangaroo dates back to 1936.