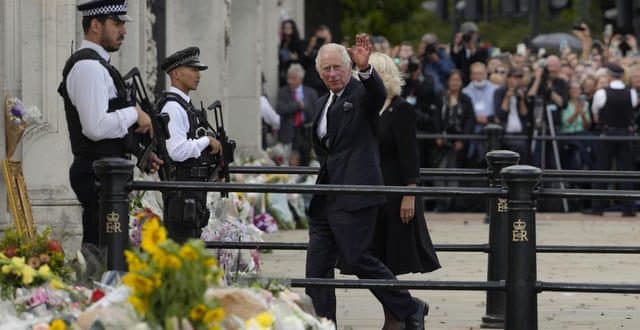 The new King of England, Charles III was attacked as he was returning to Buckingham Palace after the inauguration ceremony.

A man was arrested by the police after jumping over the security barriers placed on the side of the road.

Videos shared on twitter show several police officers rush on the suspect and tackle him to the ground.

Quickly, the man was searched and then taken away by the police.

For only a few seconds, the procession carrying King Charles III was stopped, but the cheering of the crowd that came to admire him, continued well.

Once the incident was over, the procession of Elizabeth II’s son, accompanied by his queen consort, Camilla, was able to resume.