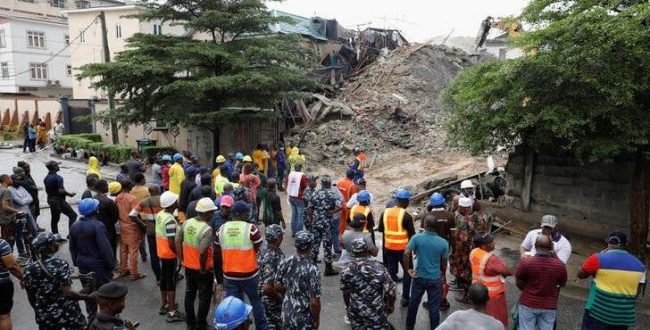 The incident happened in the early hours of Sunday and rescue efforts were underway to find survivors, the agency said.

The building was being constructed next to a hospital in the neighbourhood of Oniru, said the agency’s chief executive Olufemi Oke-Osanyintolu, adding that “at least four people were still trapped under the rubble.”

Building collapses are frequent in Africa’s most populous country, where regulations are poorly enforced and construction materials often substandard.