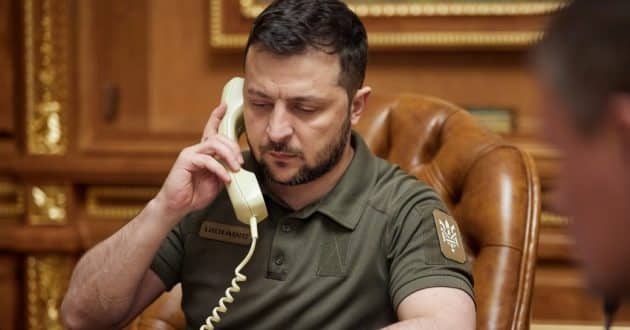 Ukrainian President Volodymyr Zelensky spoke on phone with his Israeli counterpart, Yair Lapid, about the ongoing war in Ukraine and urged Israel to impose sanctions on Russia, which is carrying out military operations in his country.

More than 8 months after the hostilities launched by Vladimir Putin’s troops in Ukraine, Volodymyr Zelensky and his army are trying to lead the resistance. If on the military level the Ukrainian army suffered many setback, it is not the same on the diplomatic level.

President Zelensky seems to have a slight advantage over his Russian counterpart, who has suffered economic sanctions imposed by the West since the beginning of the war, even if these sanctions have proved ineffective.

But Volodymyr Zelensky wants to rally more states to his country’s cause and he appeals to Israel, a strategic partner of Russia. During the discussion with Yair Lapid, President Zelensky urged the Jewish state to join the international sanctions against the regime of Vladimir Putin. The Ukrainian head of state, insists. “Israel must concretely help his country to counter the aggression of the Russian Federation.”

Neutral since the beginning of this war, Israel is not ready to change course. According to the Hebrew press, Yair Lapid called for “a diplomatic solution to end the fighting.”