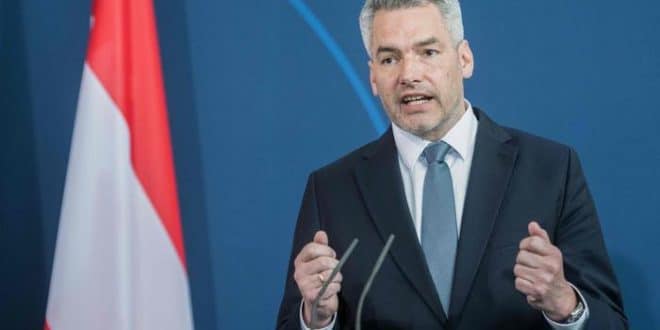 Austrian Chancellor Karl Nehammer called on the European Union on Sunday to “decouple the price of electricity from that of gas” to bring it down, and affirms that this subject is on the table for an upcoming emergency meeting.

After six months of war in Ukraine, energy prices in Europe had a wild week with new highs on Friday, presaging an explosion in the cost of living next winter.

“The price of electricity must drop and Putin must not be left to decide every day for the Europeans,” Chancellor Karl Nehammer said in a press release.

Czech Prime Minister Petr Fiala, whose country holds the EU presidency, announced on Friday that his country would convene an emergency meeting of energy ministers.

Several causes are at the origin of this increase, starting with the drying up of Russian gas to European countries that support Ukraine.

Yet 20% of European electricity is generated by gas-fired power stations.