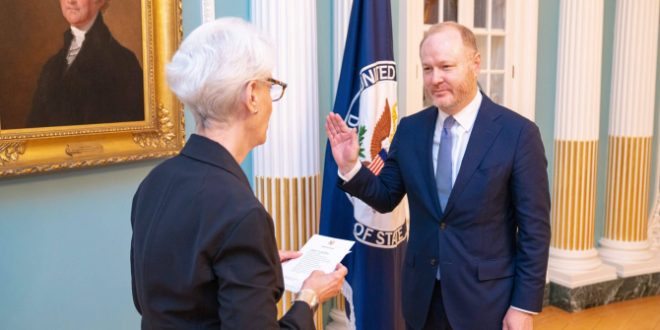 Diplomacy: US appoints ambassador to Sudan, a first since 1997

US authorities appointed an ambassador to Sudan, a first since 1997 when they downgraded the representation in Sudan from ambassador to charge d’affaires and imposed economic sanctions.

Ambassador John Godfrey arrived in the capital, Khartoum, on Wednesday and expressed his joy. He said “I look forward to deepening relations between Americans and Sudanese.”

Sudan was on the list of countries that sponsor terrorism in 1993 after accusations that it supported al-Qaeda, whose founder Osama bin Laden lived in Sudan from 1992 to 1996.