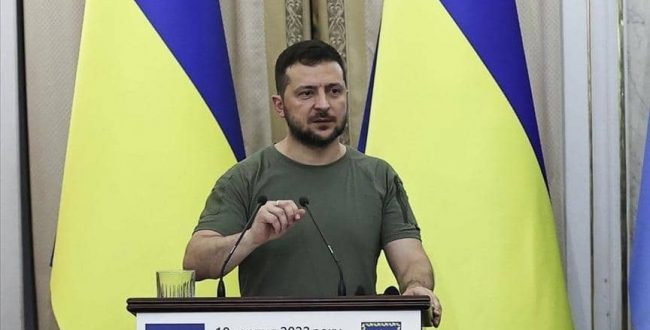 Ukrainian President Volodymyr Zelensky said at a press conference that the conditions were not met to negotiate a ceasefire with Moscow.

Six months after the start of the war, peace is not on the agenda.

“At the point where we are, we are not ready for a ceasefire. We have explained that there will be no Minsk-3, Minsk-5 or Minsk-7,” he says in reference to the agreements signed in this Belarusian city in 2014 and then in 2015.

But by recognizing the independence of Luhansk and Donetsk a few days before the start of the war, Vladimir Putin made these agreements obsolete.

Above all, a ceasefire signed under the current conditions would mean a significant loss of territory for Ukraine, without any access to the sea. According to Volodymyr Zelensky, after few months or few years, Russia could even relaunch an offensive to seize Odessa, or even Kyiv, the country’s capital.