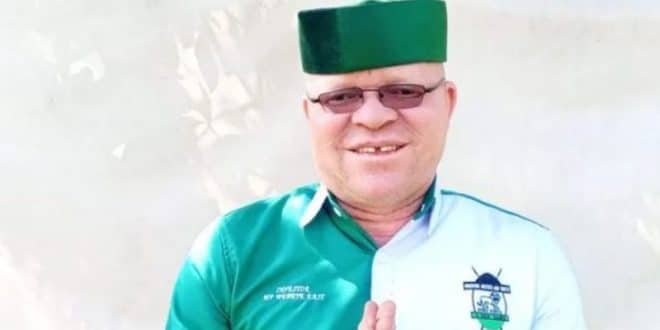 Martin Wanyonyi, a man with albinism is elected MP for Webuye East constituency in Kenya, a strong symbol in the country where people with albinism have historically been discriminated against and even attacked.

Mr Wanyonyi was elected in the assembly of the county and is now a member of parliament.

He intends to defend the rights of people with albinism.

“Nobody stood up for my rights. Whether it was my classmates, my teachers or even my parents, nobody really understood who I was. Because of albinism, we are often insulted, excluded, discriminated against…. Some even have difficulty accessing health care or education,” he stated.

For Martin Wanyonyi, his election marks another step forward.

“My election proves that the country is on the right way. Gradually, we manage to change the stigma (that we suffer). Today, in my region, people no longer see me just as a person with albinism, but as a politician like others,” he added.

Martin Wanyonyi does not intend to stop. Not as long as people with albinism continue to be stigmatized in Kenya.