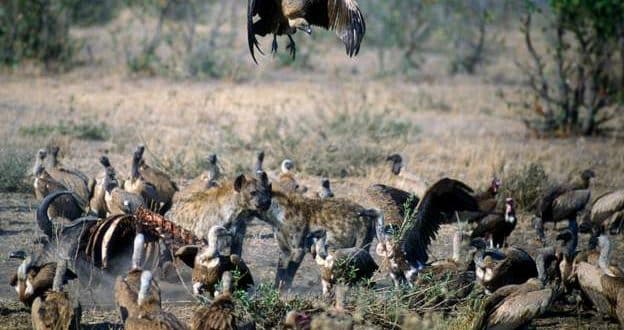 More than 100 vultures and a hyena have died at South Africa’s Kruger National Park after feeding on a buffalo carcass suspected to have been poisoned.

“Rangers on patrol discovered the carcass of a buffalo, which appeared to have been laced with poison. They also found over 100 dead vultures and a dead hyena likely to have fed off the carcass,” local media quote South African National Parks Authority (SanParks) as saying.

Twenty more vultures were discovered at the poisoning scene in a bad condition and were taken to a rehabilitation centre for treatment.

The matter has been referred to the police for investigations, SanParks said.

Yolan Friedman, the chief executive of Endangered Wildlife Trust, told local media that poisonings at this scale put the species at increasing risk of extinction.