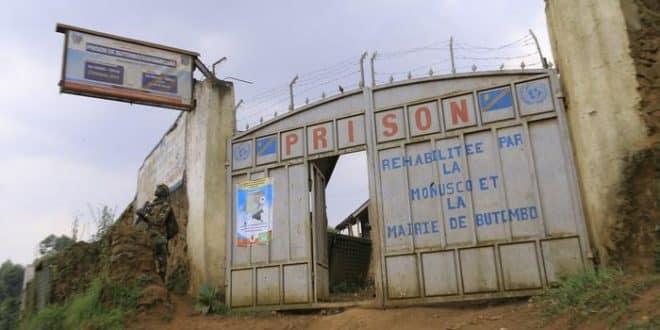 Security forces in the Democratic Republic of Congo are searching for more than 800 prisoners set free by armed rebels.

Army and other sources said two police officers and one rebel were killed in the assault on Kakwangura central prison, in North Kivu province.

About 50 of the escapees were recaptured.

Fighters of the ADF, a group linked to the Islamic State group, are being blamed for the jailbreak, which reportedly freed a rebel leader.

According to a report, local people stoned three ADF fighters to death.