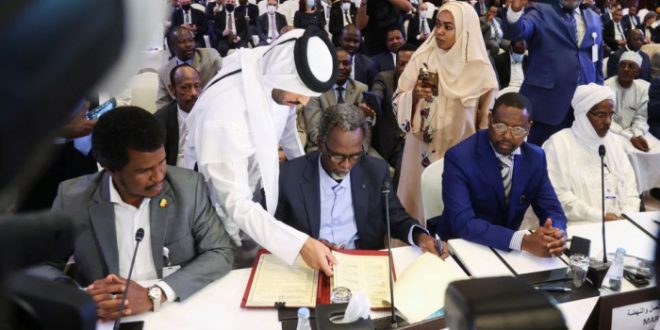 Transitional authorities in Chad signed peace agreement with rebel groups in Qatar’s capital, Doha on Monday ahead of a broad national reconciliation dialogue to take place later this month.

A signing ceremony for the agreement, which included the parties agreeing to take part in a national, inclusive dialogue, was attended by more than 30 rebel groups and followed months of talks in Doha, Reuters reports.

Details, such as how the deal will be implemented and how adherence to it will be monitored, were not immediately released.

Mahamat Zene Cherif, the interim military government’s foreign minister said he believed the agreement would lead to sustainable peace in Chad, adding that 1,500 representatives would attend the national dialogue on August 20.