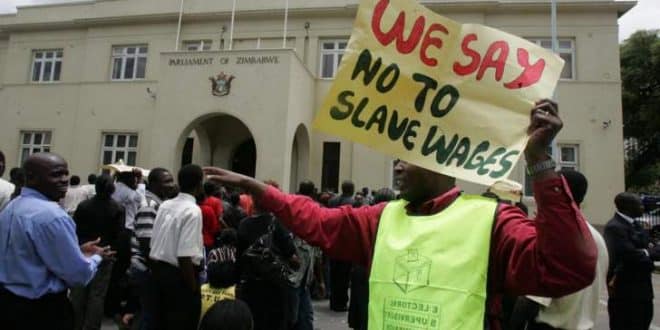 Jonathan Carreidas 2 weeks ago Africa, In the news, Politics and society, Southern Africa Leave a comment

Civil servants in Zimbabwe have gone on a two-day strike to demand wage increases and that their salaries be paid in US dollars, as the local currency is rapidly devaluing, the BBC reported.

The government is doubling salaries this month, but unions say the increases have been eroded by high inflation which stands at about 190%.

Schools, health facilities and government services could face major disruptions as unions told the BBC that they expect all their workers to stay home.

But the strike does not seem to have been well observed, with teachers seeming to be at work, the agency reported.

The average worker including doctors and nurses earn about $200 a month.

The Zimbabwe dollar has lost over 50% of its value since January, partly due to the war in Ukraine.

Unions are planning a longer strike in September if their demands are not met.