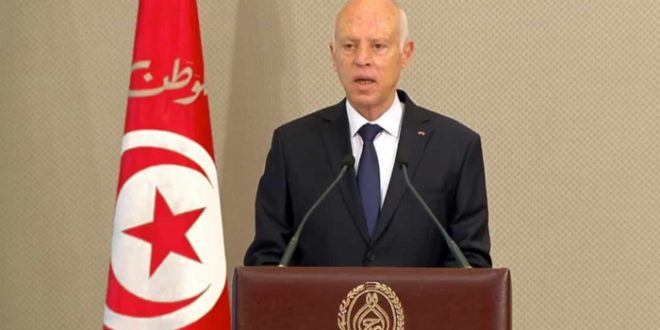 Tunisia: President Saied’s happiness at the anticipated victory of the referendum

Tunisian President Kais Saied expressed happiness over his expected victory in the controversial referendum on the new constitution, which opponents called a way to return the country to one-man rule.

Local media said Mr Saied appeared in front of jubilant supporters in the early hours of the morning – after an exit poll indicated that more than 90% of those who had voted had supported the president’s plan.

The Independent High Authority for Elections (ISIE) announced that at least 2.46 million voters, or 27.54% of the 9.3 million registered voters, had participated in the consultation. It specifies that it these were provisional figures.

The “yes” would have collected between 92% and 93%, according to a poll out of the ballot box carried out by the Sigma Conseil institute.

President Saied promised that Tunisia would now enter a new phase after a decade of political deadlock that followed the Arab Spring of 2011.