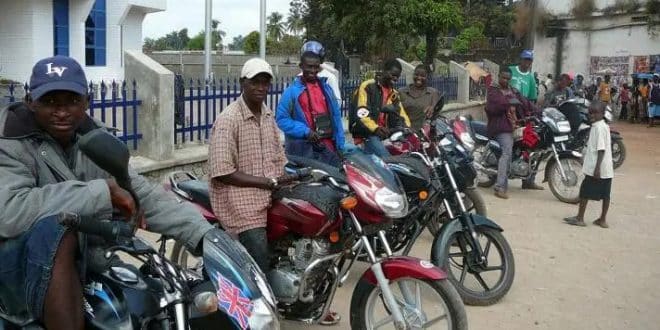 A video of a group of commercial motorcyclists (Okada riders) forcibly bathing their colleague who had allegedly not taken his bath for six months has emerged, Pulse reported.

The footage that has gone viral on social media shows the motorcyclists grabbing their fellow rider and pouring buckets of water on him, while he struggles for freedom.

The incident attracted other people who gathered with their smartphones to film it.