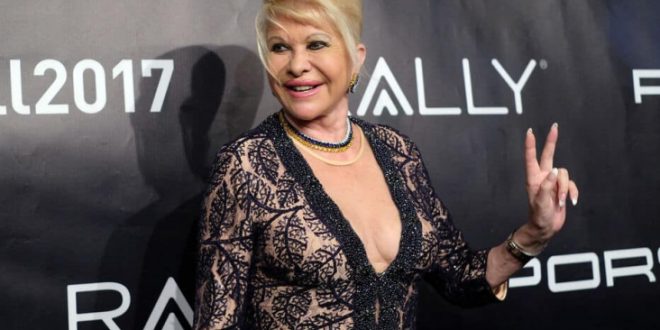 Jonathan Carreidas 3 weeks ago In the news, Society, United States Leave a comment

Former American president Donald Trump announced on his social network Truth Social, the death of his first wife, Ivana Trump at the age of 73.

“I am very sad to inform everyone who loved her, and there are many, that Ivana Trump has passed away at her home in New York,” Mr Trump announced.

Despite their high-profile divorce, the ex-spouses have remained on good terms, media reports. The former president did not refrain from paying tribute to him.

“She was a wonderful, beautiful and incredible woman, who led an inspiring life. “, wrote Donald Trump on his social network on July 14.

Ivana’s family also paid tribute to her saying: “Our mother was an incredible woman – a force in business[…] She taught her children courage and tenacity, compassion and determination. She will be sadly missed by her mother, her three children and her ten grandchildren.”