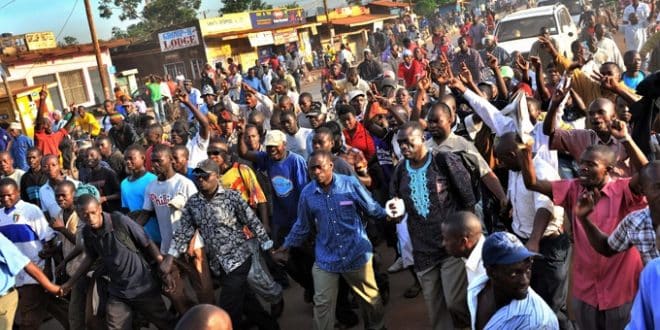 Police in Uganda have arrested 25 people following Monday’s demonstrations against high prices of food and fuel.

Many of those who took part in the protests in the eastern district of Jinja – about 80km (50 miles) from the capital, Kampala – were motorcycle taxi riders commonly referred to as bodaboda.

They demanded that the government intervenes to subsidise the price of essential commodities.

Kiira region police spokesperson, James Mubi, said they had information that the protests were organised by politicians who would be summoned for questioning.

The protesters blocked a major highway with logs and tyres, but the police moved to quickly disperse them.

President Yoweri Museveni in June ruled out cutting taxes and subsidies during a state of the nation address, warning that it would deplete the country’s foreign reserves.

Uganda, like other countries on the continent, is experiencing a sharp rise in the cost of fuel and essential commodities largely being blamed on the Russia-Ukraine war.