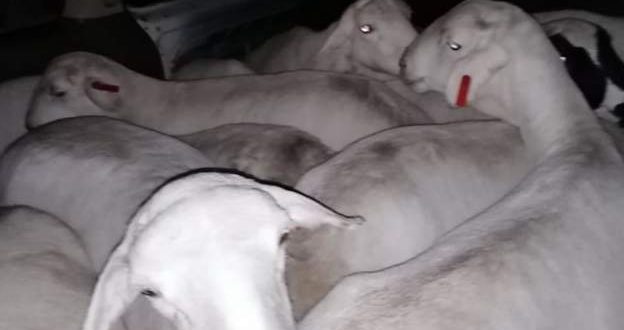 South Africa: taxi out of fuel seized with ‘stolen sheep’

South African police arrested a man after intercepting a minibus taxi carrying 21 sheep suspected to have been stolen.

They said preliminary investigations showed the bus ran out of petrol as the occupants travelled from Kuruman in Northern Cape where the livestock were allegedly stolen.

The stationary vehicle was spotted by a police unit on road patrol over the weekend.

“Upon approaching the vehicle for enquiries, the police saw two individuals fleeing from the scene leaving the 43-year-old man behind,” the South African Police Service said in a statement on Monday.

The suspect was arrested after failing to account for possession of the sheep and the vehicle was impounded, the police added.

They said investigations were under way as the suspect was due to appear in court on Monday.