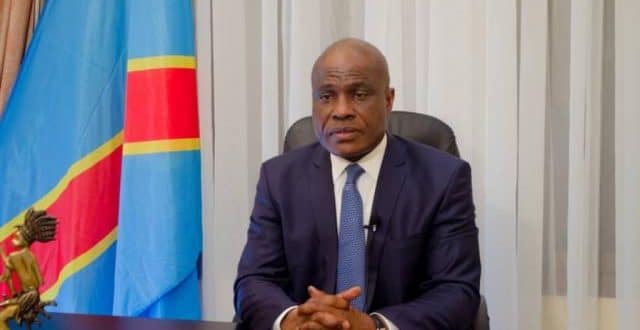 “Kagame plays with us like little children” – Martin Fayulu

The leader of the political party Commitment for Citizenship and Development (ECiDé) in DR Congo, Martin Fayulu reacted on the ongoing conflict between DR Congo and Rwanda, saying President Kagame is playing with them like little children.

According to Mr Fayulu, the Rwandan president Paul Kagame is playing with the DRC because it has no legitimate authority.

“Kagame is playing us like little children because the DRC has no legitimate authorities,” he regretted.

He made the comment during the ordinary congress of his party in Kinsagani on Saturday.

The unsuccessful candidate for the 2018 presidential election said if he were president, he would have already ended the war in the east of the country.

“[…] If I was sitting in the president’s chair, this war would have ended,” he said.