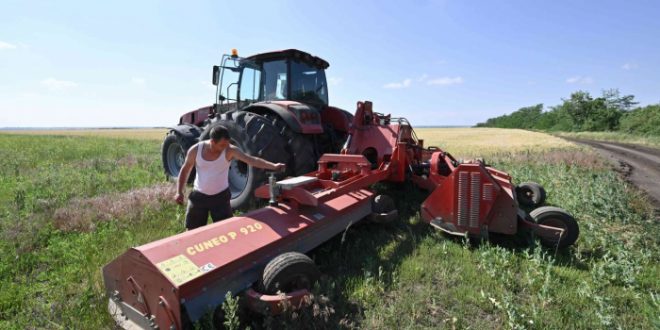 Ukraine lost a quarter of its farmland due to Russian invasion

Ukraine has lost a quarter of its cultivable land due to the Russian occupation of certain regions, in the south and east, its Ministry of Agriculture announced on Monday.

“Despite the loss of 25% of cultivable land, the structure of the crops sown this year is more than sufficient to ensure consumption” of the Ukrainian population, Deputy Agriculture Minister Taras Vysotskii told a conference Press.

According to him, “consumption has also decreased due to massive displacements (of population) and external migrations”, out of the country.

Despite the significant loss of land now in the hands of the Russians, “the current structure of cultivated land (…) does not constitute a threat to food security in Ukraine”, assured Taras Vysotskiï to the press.

The Russian-Ukrainian conflict opposes two grain superpowers – Russia and Ukraine together account for 30% of world wheat exports. It caused a spike in the prices of cereals and oils.