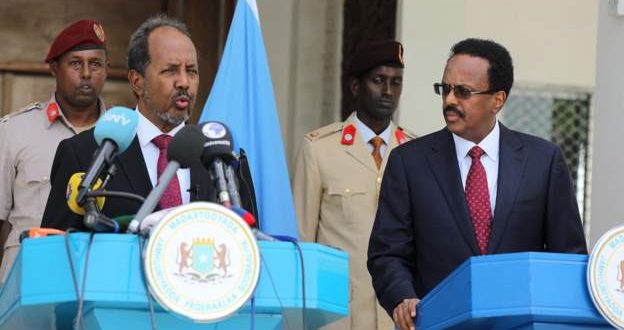 Somalia: tight security in the capital for new president’s inauguration

Security has been tightened in the Somali capital, Mogadishu and around Aden Adde airport ahead of the inauguration of President Hassan Sheikh Mohamud on Thursday.

Main roads in Mogadishu were closed on Wednesday with police deployed in large numbers and armoured vehicles on the streets leading to the presidential palace.

Overnight the city was put under a curfew.

Ethiopian, Kenyan and Djiboutian presidents are expected to attend the inauguration ceremony.

President Hassan Sheikh Mohamud is expected to appoint a prime minister who will form a new government.