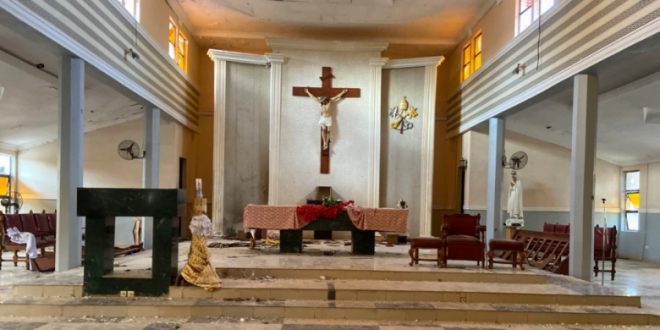 Nigerian police say gunmen who killed at least 50 people in a church on Sunday in Ondo State disguised themselves as worshippers.

A police spokesman said the attackers detonated explosives inside the building, while others outside opened fire.

The reasons for the attack are still unknown.

The UN in Nigeria strongly condemns the brutal attacks on worshippers and appealed for calm and called for the attack perpetrators to be brought to justice.