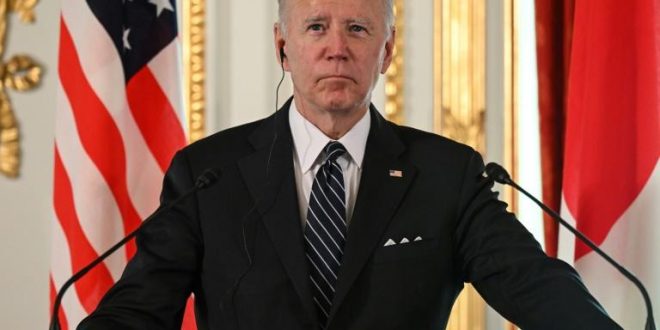 Ibrahim AMEDAHEVI 25 May 2022 In the news, Politics, United States Leave a comment

The attack on a school in Texas resulting in the death of 19 young students revived debate on weapons in the United States where, faced with the NRA (National Rifle Association), the powerful arms lobby, politicians words have no weigh.

On Tuesday May 24, at an elementary school in Texas, United States, an 18-year-old teenager opened fire, killing 19 young students and two adults. This drama plunged America back into a chronic nightmare.

Joe Biden said he was “sick and tired” over the litany of school shootings.

“When, for God’s sake, are we going to face the gun lobby?“ asked the American president in a solemn address at the White House.

An admission of powerlessness against the NRA?

This reaction from the American president sounds like an admission of powerlessness before the NRA (National Rifle Association). Indeed, this subject, Joe Biden knows it well. In 2012, after the Sandy Hook massacre, it was to him, then vice-president, that Barack Obama entrusted the mission of reforming access to weapons in the United States. A mission that ended in failure: in ten years, the country has experienced 3,500 mass killings according to the Gun Violence Archive site which lists them, including 900 in schools.

In an interview with RFI, Jean-Éric Branaa, specialist in American politics and society at the University of Paris II Assas, explains that “in reality everything is blocked in Congress where no party has the majority… NRA feeds the coffers of the parties and has loyal friends in this Congress”.

Joe Biden’s cries of horror therefore resonate as in a desert, in an America where many even go so far as to ask for more weapons.

Even though he continues to make the same calls to confront the NRA, Joe Biden is facing resistance from the American public opinion rather favorable to the carrying of weapons. The American is convinced that the best way to stop an armed shooter would be another armed shooter. This makes gun law reform very difficult. An idea that goes badly with conservatives who do not want to hear about it.