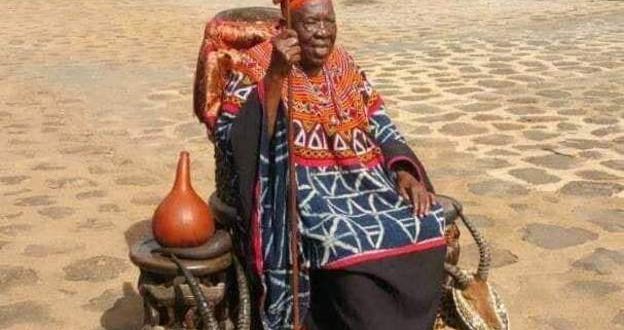 Ibrahim AMEDAHEVI 24 May 2022 Africa, central Africa, In the news, People Leave a comment

The Mankon community in Cameroon mourns the death of its supreme ruler, King Fon Angwafor III Solomon, who died on Monday at the age of 97.

Fondly referred to as King Solomon the Wise, he was an influential political figure who was one of the architects of the reunification of English-speaking Southern Cameroons and francophone La République du Cameroun in 1972.

According to the tradition of the Mankon people, their king has simply disappeared.

They believe Fon Angwafor III has spirited himself away to meet his ancestors.

Meanwhile, a new king has been chosen. He is Fru Asah Angwafor, an educationist.