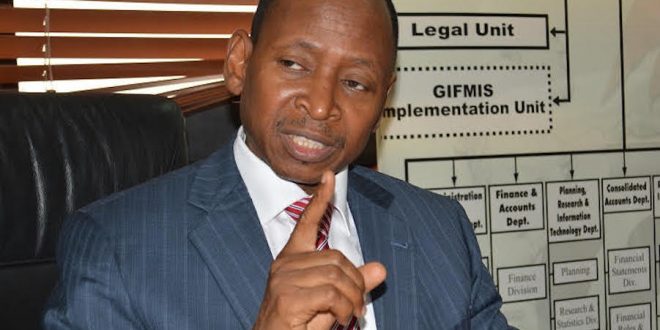 Ibrahim AMEDAHEVI 19 May 2022 Africa, In the news, Politics, West Africa Leave a comment

Authorities in Nigeria suspended indefinitely the country’s accountant-general, Ahmed Idriss after he was arrested by anti-corruption investigators over fraud charges.

According to authorities, Mr Idris’s suspension was meant to allow proper investigation of the claims.

“He is accused of being linked to fraud, money laundering and diverting nearly $200m from government coffers,” Nigeria’s economic crimes agency said in a statement on Monday.

He is being detained by the anti-corruption agency and has not yet commented publicly on the allegations.

Mr Idris was the administrative head of the national treasury.

He has held this position since 2015, when he was appointed by President Muhammadu Buhari.