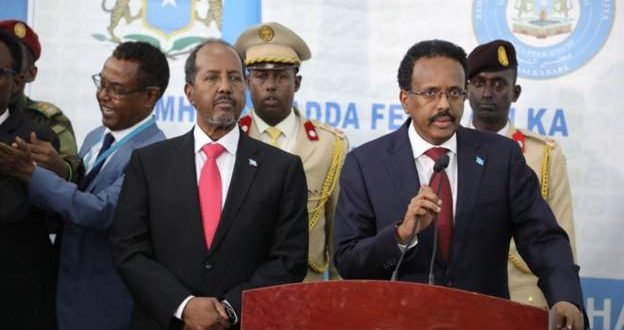 Ibrahim AMEDAHEVI 16 May 2022 Africa, Horn of Africa, In the news, Politics Leave a comment

Mr Mohamud, who served as Somalia’s president between 2012 and 2017, won after a third round of voting by Somalia’s 328 MPs. He was sworn in soon after.

The outgoing president, Mohamed Abdullahi Farmajo, has urged Somalis “to support and pray for the success” of the new president.

The Ethiopian Prime Minister, Abiy Ahmed said he looked forward to working with the new president on regional interests.

The European Union ambassador to Somalia as well as the UK’s Minister for Africa, Vicky Ford also tweeted their congratulations.