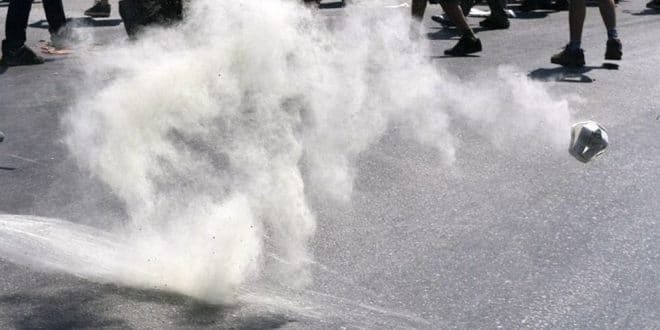 Jonathan Carreidas 16 May 2022 Africa, central Africa, In the news, Politics Leave a comment

Chadian police fired tear gas and used water canon to disperse hundreds of protesters who took to the streets of the capital and other towns in an anti-French protest that saw the destruction of some French-linked businesses.

The protest was called by Chadian civil society coalition Wakit Tamma to denounce France’s backing of the Transitional Military Council that seized power following the battlefield death of President Idriss Deby in April 2021, a spokesman said.

“We are demonstrating against France for its support for the transitional military council,” said a protester.

Deby’s son Mahamat Idriss is leading the military transition which is yet to timetable a return to constitutional rule.

Some torched French flags, while a Russian flag was hoisted on a mast in central N’djamena, Reuters reported.