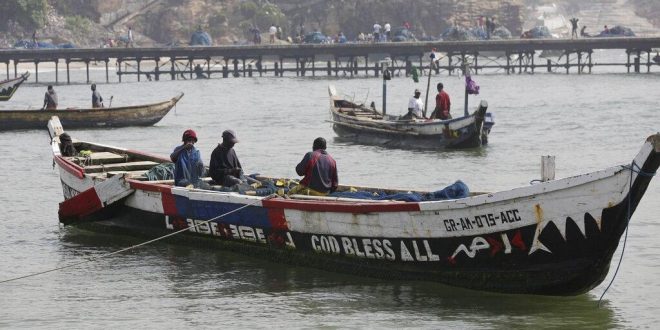 Ibrahim AMEDAHEVI 10 May 2022 Africa, In the news, Society, West Africa Leave a comment

Authorities in Ghana have suspended a search operation for the missing crew of a fishing vessel that sank off the country’s western coast.

Stormy weather conditions and difficulty in hauling in a net full of fish are believed to have led the vessel to capsize, according to a fisheries official.

Fifteen people were rescued alive but eight others are still missing. Rescuers also retrieved the body of the captain, one of six Chinese nationals on board.

The authorities say they are still monitoring to see whether bodies of the missing persons will be washed ashore.

They said more than 20 persons, including Ghanaian and Chinese nationals, were on board the fishing vessel known as Comforter II.

Some of the crew members survived by swimming to a nearby vessel. Those injured have been receiving treatment at a hospital.