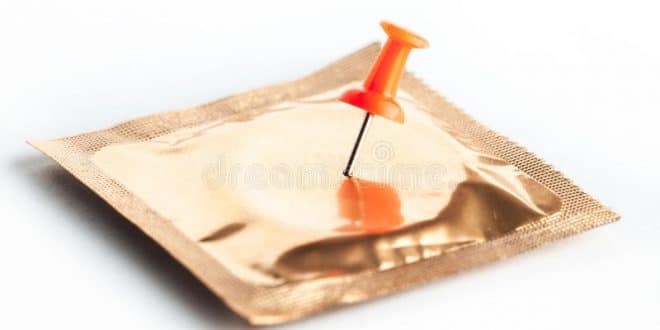 Germany: Woman sentenced for poking holes in boyfriend’s condoms to get pregnant

Ibrahim AMEDAHEVI 9 May 2022 Europe, In the news, Society Leave a comment

A 39-year-old woman in Germany has been sentenced to 6 months in prison for secretly punching holes in her partner’s condoms to get pregnant, local media reported.

A court in western Germany has found a woman guilty of sexual assault after the aggrieved lover, 42, filed a complaint against her.

The judge described the case as historic due to the fact that ‘stealthing’, a crime usually committed by men, has been perpetrated by a woman this time around.

Local newspaper Neue Westfälische and the mass-circulation Bild newspaper reported on Wednesday that the case was heard at a regional court in the western German city of Bielefeld.

The two lovers reportedly met online at the beginning of 2021 and began a casual, sexual relationship. However, along the line, the woman developed deeper feelings for her boyfriend, but since he didn’t want to be in a committed relationship, she decided to use clandestine means to capture him.

She deliberately damaged the package of condoms her partner kept on his nightstand, with the intention of getting pregnant if they had sex using the perforated contraceptive.

Although her plans did not materialize, the woman later wrote to her partner, claiming to be pregnant, and then disclosed to him what she had done.

Her case baffled prosecutors and the court due to its novelty. They were initially unsure which specific charges to proffer against her, but the judge said a charge of sexual assault would be more appropriate for her crime than rape.

“This provision also applies in the reverse case. The condoms were rendered unusable without the man’s knowledge or his consent,” Judge Astrid Salewski said, as quoted by dw.com.