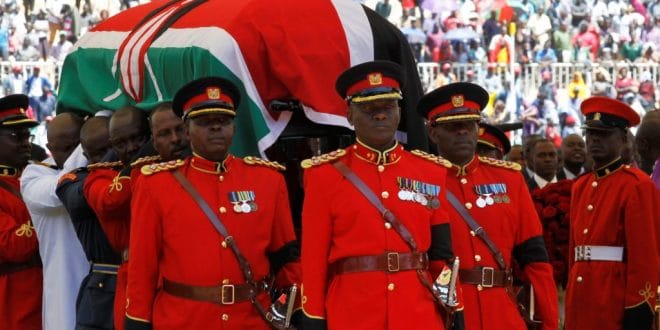 Several African Presidents and other world dignitaries are in Kenya to pay their last respects to former President Mwai Kibaki, who died last week at the age of 90.

The South African Cyril Ramaphosa, as well as the South Sudanese Salva Kiir and the Ethiopian Sahle-Work Zewde confirmed their presence.

The event takes place at Nyayo National Stadium in the capital, Nairobi.

Neighbouring Tanzania has declared two days of mourning from Friday in solidarity with Kenyans.

Mr Kibaki took office as the third president of Kenya near the end of 2002, and served until 2013.

The burial will take place on Saturday at the former president’s home in central Kenya.